Fracking is a process that is necessary to get the fuel that many use in their daily lives. Fracking companies need to make their storage and fracking processes more amenable to those who live in the area. Much of the fracking in the country now takes place in or near populated communities and needs to take the health and needs of people there into account. Aerating the fracking wastewater that you produce is one such strategy.

The water used in fracking often comes from underground sources that may also serve as wells for residents. Rather than taking up all the water from the wells, learning how to reuse the wastewater can conserve a valuable source of drinking water. Even if the wells you wanted to use weren't currently being tapped for drinking or other community use, preserving any potentially potable water is best. That means that, if you can reuse the wastewater you produce, you should do so. Aeration helps reduce bacteria and hazardous elements in the wastewater, making it suitable for being used in another round of fracking.

Much of the bacteria in fracking wastewater is known for giving off sulfur-like odors. In communities where the fracking activities and water storage are right near residents or businesses, the odor can be horrendous and have nasty health effects. Remember that wind plays a role in spreading odors, so you can't just place storage ponds a certain distance away and expect everything to be fine. You have to reduce the bacteria in the first place. Aeration does this rather easily, although you have to be sure you're setting up adequate aeration equipment. In other words, small aerators here and there aren't enough — you need to attack the odor problem with full force.

Fracking wastewater contains toxic compounds like toluene and benzene. If a wastewater pond leaks — say, the base cracks and the water seeps into an underground clean water source — the effects can be disastrous. Any leak would be bad no matter how much the water had been reclaimed, but if you can aerate and remove much of the volatile contamination in the wastewater, then any leaks that might occur will spread less contamination. That doesn't mean they won't be serious, but having to deal with a little toluene is better than having to deal with a lot of toluene.

Aeration of wastewater storage ponds is one of the best things you can do if you're involved in fracking processes. Do not ignore this simple yet effective procedure that can make your business a lot more friendly to those living or working in the region. Contact companies like VaraCorp to learn more about fracking aeration. 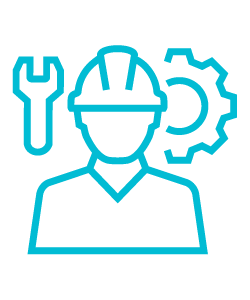 Pumps, compressors, belts, ball bearings, bolts — these are just a few of the many pieces of equipment and supplies that are needed in the manufacturing industry. If just one piece of equipment fails, the entire system can go down, which is one reason why it's important to buy quality parts and take good care of them. Whether you're in the manufacturing industry or you just like learning about how things are made, you should dig into some of the articles on this website. We cover all aspects of industrial equipment and supplies, from the largest machines to the tiniest of tools.

Use a Methodical Approach to Gardening
28 July 2020